Alongside this steadily increasing prevalence, eating disorders are recognized as the most lethal of any psychiatric illness. A review of almost 50 years of research recently concluded that anorexia nervosa has the highest mortality rate of any psychiatric illness (Arcelus et al., 2011), with eating disorders featuring mortality rates approximately 6 times higher than the general population. In addition, a diverse array of non-fatal medical complications profoundly impairs the functional capacity of those with eating disorders, imparting multi-systemic organ damage which can culminate in cardiac abnormalities, structural and functional brain impairments, and irreparable bone damage. Without question, the organ most impacted by starvation is the brain. For instance, the severe dietary restraint characteristic of eating disorders has been shown to cause white matter and grey matter volume depletion across a diffuse array of brain regions (Mehler & Brown, 2015). Most notably, the impact of starvation upon the frontal lobes, the brain’s center for executive functioning, attention and decision making, is severely impacted by starvation, which results in impaired cognitive performance in an array of simple and complex cognitive tasks (Mehler & Brown, 2015).

As such, it is of crucial importance to address the mental health needs of those with eating disorders, who are (i) increasing in prevalence, (ii) at risk of premature death and a multitude of severe medical complications which impair one’s functional capacity, (iii) likely occupy high functioning professional jobs, and (iv) experience gross deficits in work-related productivity.

Why are the mental health needs of those with eating disorders difficult to address in most employer benefits schemes? One reason is fear and stigma, which extends to both health care providers and patients themselves. Eating disorders are characterized by a fear of weight gain, which in many instances is the first goal of treatment, which means that many patients with eating disorders will not voluntarily seek treatment. Even when actively pursuing treatment, stigmatization prevents treatment uptake, with patient reports indicating a stigma around the broader perception of their illness as a disorder of vanity.

An equally important reason underpinning the difficulties in meeting the mental health needs of those with eating disorders relates to the complexity of eating disorders, which are poorly understood by non-specialized health practitioners, and are thought of as notoriously difficult to treat. Reflecting this, patients with eating disorders are frequently misdiagnosed, and are often prescribed several contrasting medication regimes despite no evidence to support their use, and may exacerbate their illness (Monge et al., 2015). Related to this, the sparsity of specialized eating disorder practitioners also serves as an important barrier in meeting the needs of patients. Cumulatively, these factors result in a great many patients afflicted with eating disorders not receiving treatment, or alternately, receiving treatment when they are entrenched in an advanced stage of illness trajectory.

With proper recognition and intervention, eating disorders can be treated. With effective illness recognition and specialist treatment, most eating disorder patients are discharged within 12 months. Further, the structural and functional brain-related deficits are reversible with proper treatment (Bernardoni et al., 2016), and a return to pre-disease quality of life and work-related functioning is likely. The wide discrepancy in clinical outcomes between those treated with specialist care, and those either not treated, or treated without specialist care, puts a clear emphasis on the need to promote access to specialist clinicians.

At Advance Medical, we propose a novel solution to this burgeoning challenge; Expert Behavioral Care. This program incorporates a group of expert eating disorder specialists, who review diagnostic, treatment, and management recommendations in a way that incorporates patient history with leading edge diagnostic and intervention practice. Our team of expert practitioners are academic leaders in the field, having published hundreds of scientific manuscripts. They are those at the cutting edge of new treatment developments. They are opinion leaders, who are teaching the next generation of eating disorder specialists. They are those working with the most complex of eating disorder presentations in academic treatment centers of excellence. They are experts in diagnostic practice, and in explicating the subtle nuances of different eating disorder presentations. They are well versed in the application of leading treatment modalities across different patient populations. 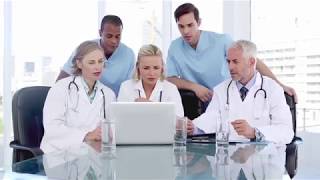 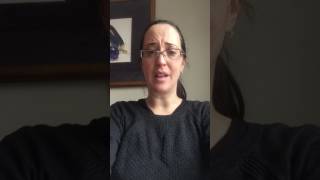 Being an Informed Patient